But images taken by the Curiosity on October 20, 2014, show besides stars something what appears to be a huge rectangular shaped UFO travelling in the Martian night sky. 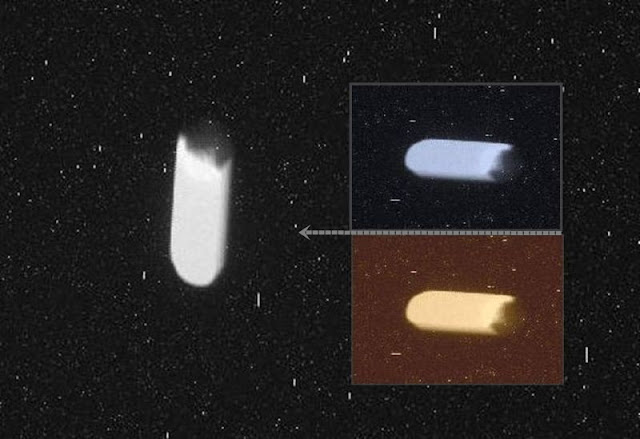 Besides the UFO, the Mars Rover captured another unknown object in the Mars sky within the same time frame.

Both objects were in the sky in front of the camera for about 6 minutes. You can check out the original images on SOL784.