A remarkable clear UFO has been photographed above Sofia, Bulgaria on October 8, 2015.

Witness who took the picture said: “I was taking a picture of some new skyscraper in the area, then suddenly this disc like UFO appeared over the city and moved very fast. It made sharp turns and was extremely fast.”

“I thought I had to take a picture of it so I did. I took about 10-15 photos, but only one came out non blurry, as the object was stationary at that time. After this it shot up into the sky and disappeared.” Mufon case 71373. 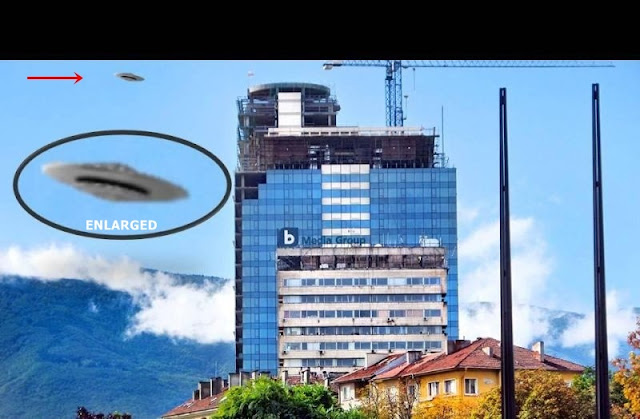