Join Dark Journalist in this epic episode as he welcomes Worldwide Best-Selling Author Graham Hancock to the show. Graham has just released, ‘Magicians of the Gods’ the heavily anticipated and long-awaited follow up sequel to his classic book on Advanced Lost Civilizations and Ancient Mysteries, ‘Fingerprints of the Gods.’ 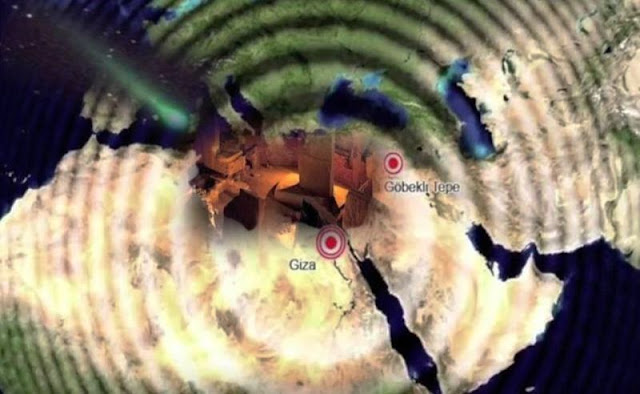 Magicians of the Gods is a powerful, knowledge-packed, groundbreaking investigation of our advanced ancient origins and has now been released in the UK and will be released in the US in early November. This pre-publication, US Exclusive preview of the book goes deeply into the startling revelations that Graham has discovered correlating his previous work with amazing new archaeological findings!

Graham takes us through his whirlwind world travels to important new discoveries such as the enigmatic 12,000 year old ancient site at Gobekli Tepe in Turkey that was buried intentionally in an underground complex 30 times the size of Stonehenge!

The discovery of this game-changing archaeological site will rewrite history and support his idea that the history of civilization goes far beyond the standard model back to a highly advanced culture of wisdom teachers called ‘The Seven Sages.’

These antediluvian, pre-flood/cataclysm travelers transmitted their advanced knowledge of architecture, technology and spirituality to developing primitive cultures and were the root inspiration for the story of Atlantis.

They were also responsible for the high cultures of Egypt, the Maya, Sumeria, and others that are only now being discovered such as the new findings of a pyramid building culture in Java that is dated to 20,000 years ago! Ultimately The Seven Sages and their impact on human destiny was forgotten by history and survived only in myths that refer to ancient wise teachers interacting with early humanity and gifting culture to them.

Even more shocking is the new evidence that has surfaced suggesting that this advanced civilization was destroyed by the lightning fast action of a devastating Giant Comet.

Graham surmises that many of their messages in time capsules such as the complex at Gobekli Tepe and the grandeur of the Great Pyramid of Giza and Sphinx may be a warning of the return of this destructive comet that can easily wipe out civilization.

He also opens up about his battles with the establishment protecters of the old paradigm and the dirty tricks they have employed to suppress his and his colleagues work from being accepted by mainstream science, archaeology and academia, including his recent presentations that were banned from several websites!

In his view the old authoritarian, expert-worshipping paradigm defenders will never accept real evidence outside of their information comfort zone and are determined to keep humanity in a collective state of amnesia about our true past!