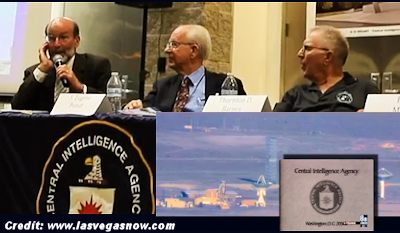 When current and former CIA employees got together to talk about the Area 51 military base at a public forum, it was probably inevitable that the topic of UFOs would come up.

The panel of current and former CIA staffers who spoke at the Atomic Testing Museum October 9 had their tongues in their cheeks when talking about Nevada’s rock star of military bases: Area 51. No secrets here, they told the crowd. It’s all out in the open.

[…]For years, the CIA denied any interest in UFOs at all, but it now admits that was a lie. Documents obtained via public records laws show it continued to collect UFO information at least into the 1970s. […]