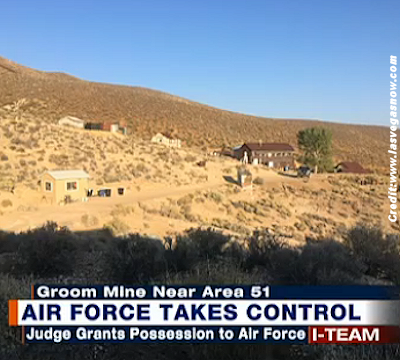 Private land overlooking the secret base at Area 51 has officially been taken from the owners and transferred to the United States Air Force.

Last month, the U.S. Air Force condemned the Groom Mine property when the family who owns it rejected a government buyout they felt was unjust.

The I-Team broke the story of the family’s fight with the government. […]