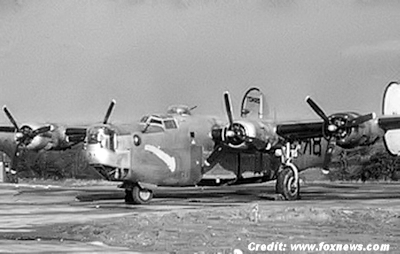 The Air Force Reserve reactivated a World War II-era bomb group and its associated elements during a Saturday ceremony at Dyess Air Force Base in Texas, according to KTXS.

Some members of the original unit attended the ceremony.

“It’s a wonderful thing that the Air Force is doing, bringing the 489th back to business,” James Gilliland said. “I really couldn’t be prouder.”

The men who bore the 489th name as they bombed the Nazis over Europe spent a few days getting to know the new members of the unit, including Col. Denis A. Heinz, who will command the 260-personnel bomb unit. […]