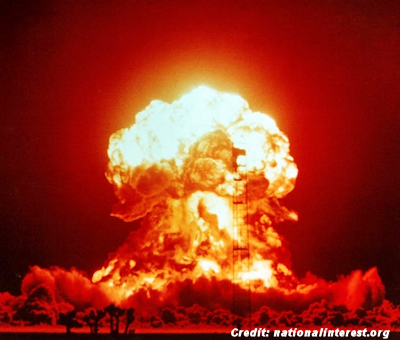 A key component of the U.S. doctrine of mutually assured destruction — commonly and appropriately known as MAD — was that American troops would still be able to retaliate if the Soviet Union launched a nuclear attack. But for a time, the Pentagon was seriously worried that its own nuclear missile submarines wouldn’t get those orders in time.

In 1968, the Defense Intelligence Agency’s Scientific Advisory Committee found dangerous gaps in the communications network supporting the nation’s so-called Fleet Ballistic Missile boats, or FBMs. The FBM fleet included more than 40 submarines of five different classes all capable of carrying up to 16 Polaris nuclear-tipped ballistic missiles, collectively known as the “41 for Freedom.”

The agency included the report in a response to a private individual’s Freedom of Information Act request. The website GovernmentAttic.org published the collection of documents totaling more than 1,000 pages.

Despite being heavily redacted, the report offers a candid and worrisome assessment of one of Washington’s key nuclear deterrents during the Cold War: […]