Yesterday, October 18, 201, the HD camera on board the International Space Station recorded something what looks like it might shot up from Earth into Space with such an incredible speed it could only been caught in 1 frame. 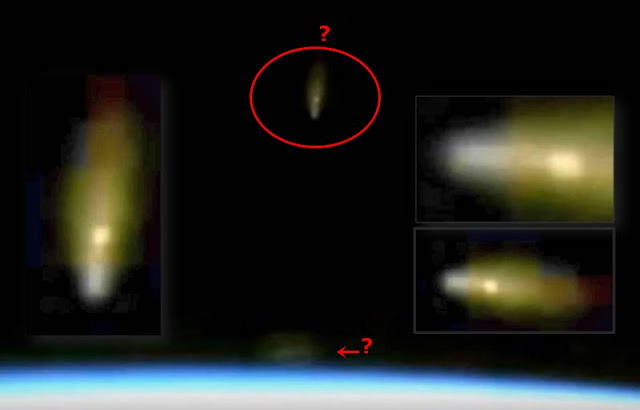 This thing was moving so fast that Streetcap1 had to slow down the original speed to one eight speed to see the object.

Below the UFO is what looks like a huge cloud of smoke similar in color to what’s surrounding the spacecraft indicates that the object must have been launched from Earth.

Due to the incredible speed of the object, which is absolutely not the normal speed of a standard rocket, we may assume that this object is equipped with a highly advanced technology and part of a top secret project.

Remember the words of Ben Rich who was the director of Lockheed’s Skunk Works from 1975 to 1991:

“We have advanced technology which have been developed since the 80’s but still remain secret. With this technology it is now possible to travel to the stars and bring ET home.”

We may wonder whether the ISS camera accidentally captured a secret spacecraft of the infamous Solar Warden project.