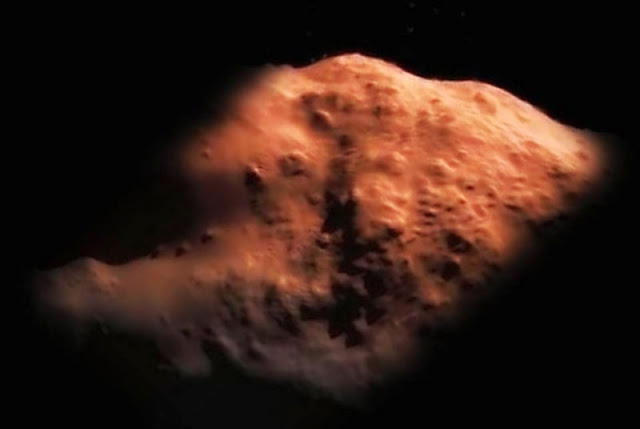 Astronomers estimate the diameter of 2015 TB145, which is also known as “Spooky,” to be between 950 feet and 2,130 feet (290 to 650 meters). The Halloween flyby will mark the closest known encounter with such a big asteroid until August 2027, researchers said.

The asteroid is on an extremely eccentric and a high inclination orbit,’ NASA explained.

4 days after its discovery NASA gave it a code 9 condition and today, October 22, 2015, it still has a code 8 condition (With 0 being good and 9 being highly uncertain), because of its erratic orbit, NASA isn’t sure where it will go, but the space agency says it’s confident it will not hit Earth.

Latest update from Goldstone Radar Observatory: The asteroid is on an extremely eccentric (~0.86) high inclination (~40 deg) orbit. It has a Tisserand parameter of 2.937 indicating that it may be Cometary In Nature. The encounter velocity is 35 km/s, which is unusually high.

Intrigued by the fact that long-period comets observed from Earth seem to follow orbits that are not randomly oriented in space, a scientist at the Open University in the UK is arguing that these comets could be influenced by the gravity of a large undiscovered object in orbit around the Sun.

The public will be able to track 2015 TB145 as well, thanks to the online Slooh Community Observatory and Virtual Telescope Project.