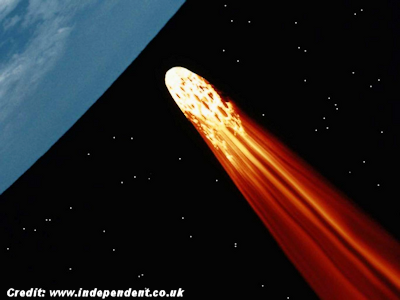 A huge piece of space debris – which may date from the Apollo space missions – is on a collision course with Earth.

Scientists warn the manmade junk, officially designated WT1190F but nicknamed WTF, will strike Earth at about 6.15am on November 13.

Much of the hollow object, which may be a spent rocket stage or panelling shed by a recent Moon mission, should burn up in the atmosphere.

But any remnants could dive bomb from the skies – and an international team of astronomers are using it to test emergency plans for dealing with potentially apocalyptic space objects.