Apollo Moon astronauts were often followed to the Moon at times by UFOs. Most of them admitted that they saw UFOs while they were in orbit. 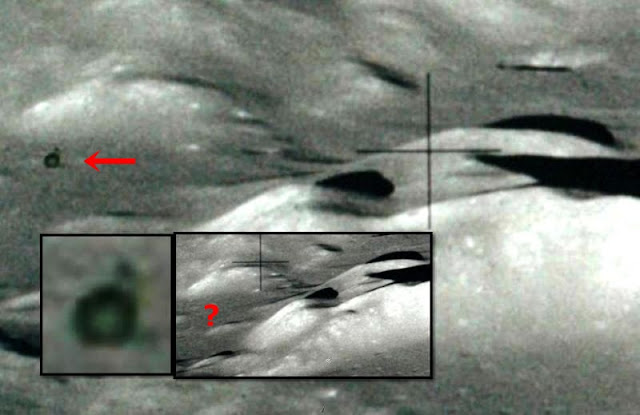 Already during the 1950’s many UFOs seen over Earth were tracked back to the Moon by government tracking stations in secret complexes in deserts in Arizona and Nevada and inside underground mountain bases, later on Soviet and American spacecraft in orbit over the Moon began to photograph mysterious structures, moving objects, flashing lights, on the Moon which were censored by NASA.

During their trip to the Moon the crew of Apollo 17 made several photos of the Moon’s landscape.

Checking a series of three images taken from Apollo 17 Command Module in Lunar Orbit, Streetcap1 discovered that a circular object only appears in one photo.

Is this circular object one of the moving extraterrestrial objects photographed by Apollo astronauts?