We know the images are always doctored and covered up before NASA ever releases them to the public but sometimes NASA’s artists missing something to cover up like an animal what appears to be a sort of wolf photographed by Curiosity Mars Rover on October 25, 2015. 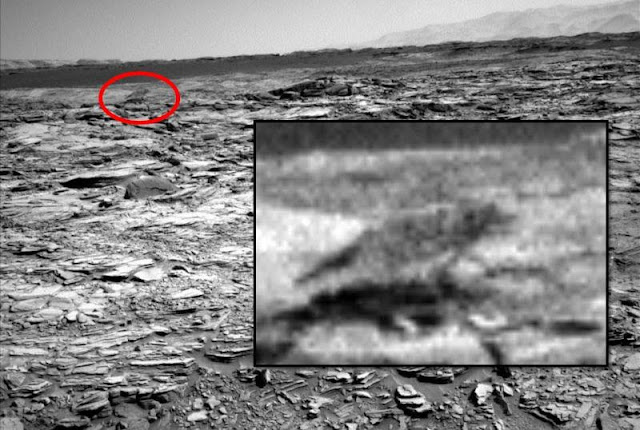 I know humans are wired to spot patterns, faces, animals and other recognizable things in images that do not actually exist.

You can call it a trick of the eye or pareidolia, it depends how you see the image but this object certainly does look like a wolf.

Four photos from the mast cameras on NASA’s Curiosity rover reveal the animal. (See the images on SOL 1144).