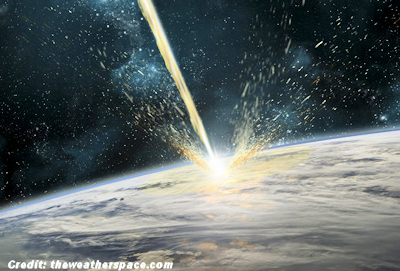 Scientists have discovered that an unidentified flying object (UFO), which may be a piece of old ma- made space junk around a few 2m long, is headed straight for earth. The event will go unnoticed by most of the world, but the astronomers who track near-Earth objects are all in a tizzy over it. WT1190F’s atmospheric re-entry is a rare opportunity for scientists to study how incoming objects interact with our atmosphere.

According to scientists, the curious object could be anything from a piece of recent lunar mission or a part of an Apollo program.

This means what we’re dealing with can’t be a regular old chunk of space rock, so WT1190F is this thing?

Though WT1190F might not pose a danger there have been many different proposals over the years as to how to deal with the growing problem of space junk, which could pose a risk for astronauts in space and those on Earth as well. With current survey technology, astronomers have found most objects larger than one kilometer across, but tracking smaller debris is hit or miss-mostly miss. […]