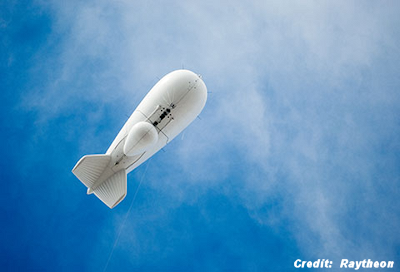 A military blimp has gotten loose in Maryland and was floating towards Pennsylvania, authorities said. Fighter jets were scrambled in the wake of the incident to escort the unmanned vessel, according to officials.

A fire department in Maryland first reported that the Aberdeen Blimp became untethered just before noon today. It has passed Harrisburg, Pennsylvania, and was flying towards the northeast at 15,000 feet, officials said.

“Emergency personnel are tracking the aerostat which is still aloft in [sic] moving toward Pennsylvania,” according to the Aberdeen Proving Ground, the U.S. Army facility.

The full name of the blimp — known as an aerostat — is a Joint Land Attack Cruise Missile Defense Elevated Netted Sensor System (JLENS) and it is used to detect cruise missiles around Washington DC.