A California witness at Yuba City reported catching a triangle-shaped UFO in two photos during a period of feeling uneasy about being in that location, according to testimony in Case 71166 from the Mutual UFO Network (MUFON) witness reporting database. 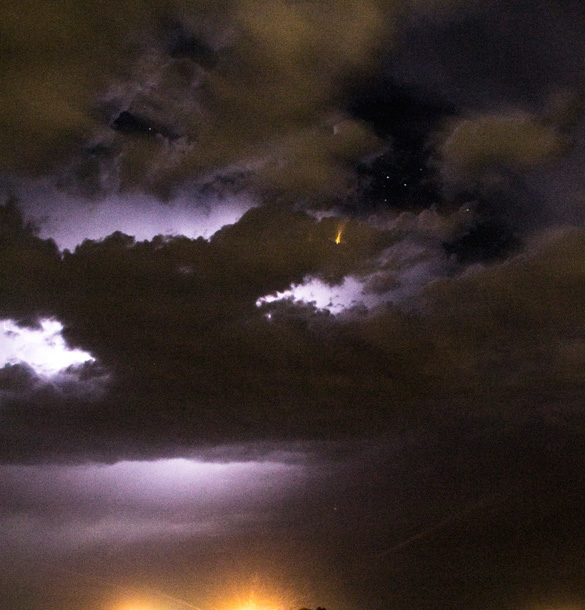 “I went to Boyd’s pump to take photos of a thunderstorm to get lightening photos,” the witness stated.“I ran out of space on my SD card so I ran home and transferred the photos I had taken to my laptop, cleared my card, and went back to the same location to shoot more photos.”

But the witness suddenly felt uneasy. 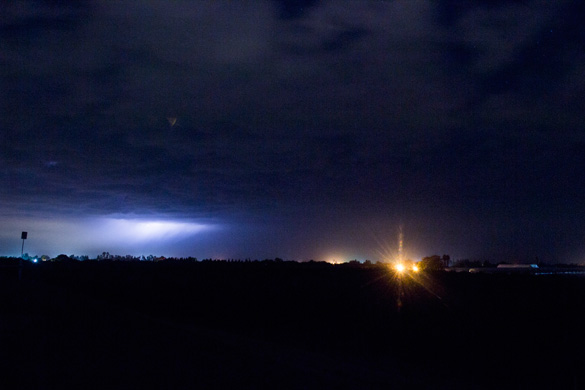 “I got a weird feeling, like I should leave, that got quite intense and I was scared, but was not sure exactly why. When I got home I loaded my photos onto my computer and realized there were two different photos that had a strange and unexplainable object in them.” 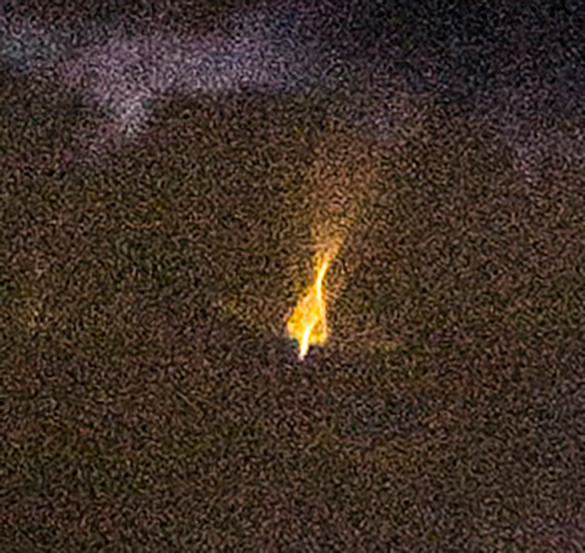 “The first was a yellowish colored light that appeared to be shooting out of a cloud that was a really strange shape. The cloud was an X-shape with the lower two legs of the X flattened to make a straight line. And the second photo I had noticed a strange shape just under the clouds.”

The witness then examined the photos closer.

“When I zoomed in on it I realized it was a triangle with a circle and some sort of marking that resembled almost a face on the bottom of it. I just found it to be extremely weird so I decided to report it.” 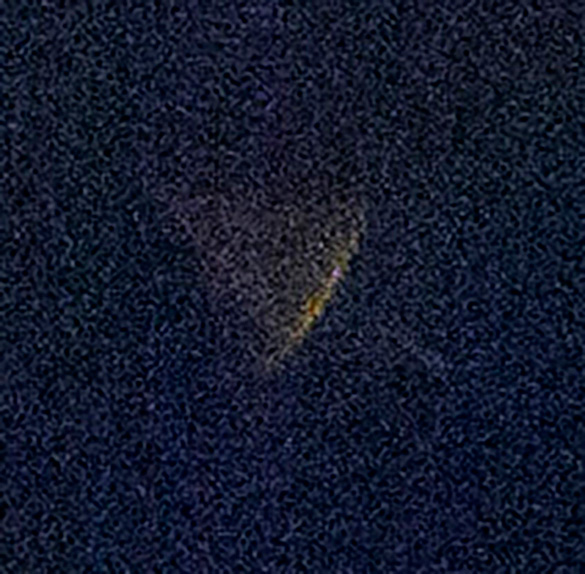 John Fegel for California MUFON investigated this case and closed it as an Unknown.

Yuba Cityis a city in Northern California and the county seat of Sutter County, California, population 64,925. Please remember that most UFO sightings can be explained as something natural or man-made. The above quotes were edited for clarity. Please report UFO activity to MUFON.com.