A European initiative to revive one of the seven wonders of the ancient world the ‘Colossus of Rhodes’.

The Colossus of Rhodes was a statue of the Greek titan-god of the sun Helios, erected in the city of Rhodes, on the Greek island of the same name, by Chares of Lindos in 280 BC. 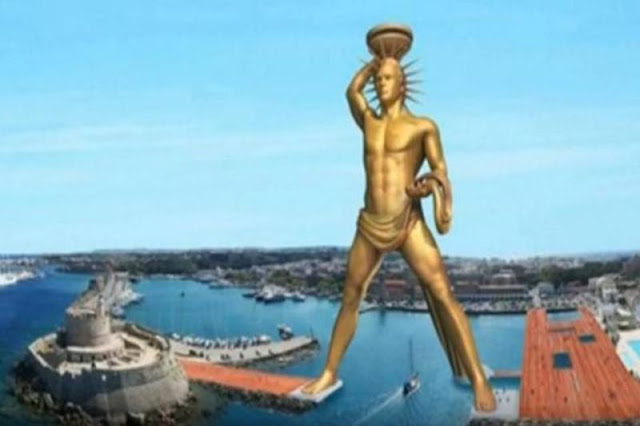 The Colossus of Rhodes was constructed to celebrate Rhodes’ victory over the ruler of Cyprus, Antigonus I Monophthalmus, whose son unsuccessfully besieged Rhodes in 305 BC.

Before its destruction in the earthquake of 226 BC, the Colossus of Rhodes stood over 40 meters high, making it one of the tallest statues of the ancient world.

This project originates from the ideas, the expectations and the hopes of some young professionals coming from various European countries: Greece, Spain, Italy and United Kingdom.

The determined aim is very ambitious: to rebuild the Colossus of Rhodes, the God of Sun, taking into consideration the modern standards.

The purpose of the project is not to propose a copy of the original, bronze, 40 meters high structure, but to arouse the same emotions that visitors felt, more than 2200 years ago.