During my daily early morning check on internet for seismic events in the Mediterranean area, today (30 October, 2015) I noticed in the INGV (Italian National Geology and Vulcanology) these pictures running from 0642 to 0654 hrs local where a green cone shaped bright object appeared clearly. 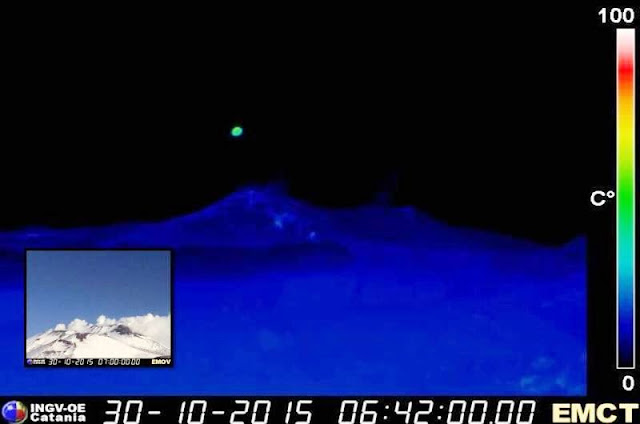 Then, at 0700 hrs and later, the object was not seen any longer.

The area where the object is seen is the peak of the volcano where several active vents open and which has undergone considerable morphological change during the past few years.

Another picture in visible light at 0700 hrs local at the EMOV seismic station shows Etna’s peak under snow which fell during stormy weather this night. Mufon case 72000.