Whilst in my backyard at home in Fitzroy North, Australia at around 8.00pm on October 24 2015 I was preparing to video and take pictures of the Moon as I’ve done in the past with my new camera a (Nikon P900) 83X optical zoom which is equivalent to a 2,000mm lens, perfect for this sort of activity. 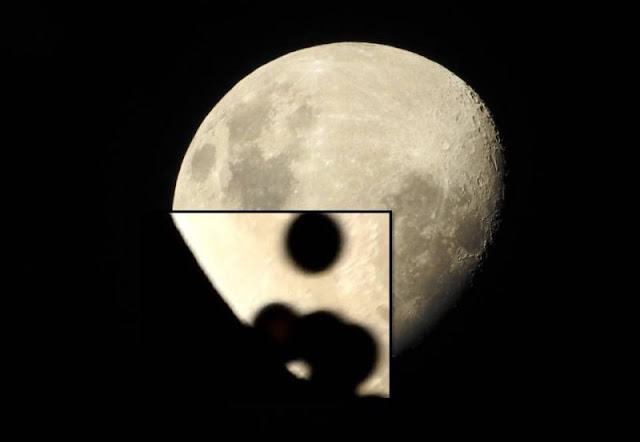 Anyway I was playing around with the zoom on the camera and took some still shots before deciding to zoom all the way into the Moon and then started to video record the Moon.

I was facing in a north easterly direction, (camera settings were 1920X1080 at 25 frames per second), I zoomed in and out of the moon several times and then zoomed back in fully and started to record the perimeter of the moon (the lower half) from right to left, as I got to the left side I noticed something dark for a split second on the lower part of the frame which was visible on the LCD viewfinder.

Initially I thought it was birds, anyway the next day I loaded the still shots and video recordings on my computer to view on my 28″ 4K monitor and that’s when I realized the recording I thought had birds in the lower frame was actually black round circles in a group that whizzed past in the lower part of the video frame.

Some of the circles were different sizes which indicate to me they were further away from the closer larger ones. Mufon case 72002.