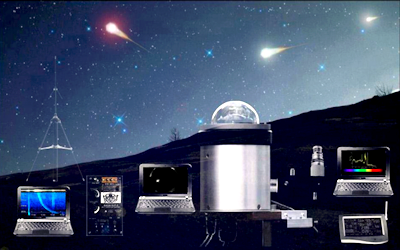 […] In October 2013, I attended a meeting led by Mark Rodeghier, scientific director of the J. Allen Hynek Center for UFO Studies, and political scientist Alexander Wendt, whom some of you might recognize as a co-author of the chapter “Militant Agnosticism and the UFO Taboo” from my book, to solidify a new, rigorously scientific approach to the UFO problem. Rodeghier and Wendt have since formed a non-profit, 501 (c)(3) organization called UFO Detection and TrAcking (UFODATA for short), which includes an international team of scientists and engineers with an interest in UFOs, including (among others) Massimo Teodorani, Dave Akers and Erling Strand, as well as several academic “silent partners” who do not want to be publicly identified. “We are establishing this project out of frustration with the impasse that the UFO debate has been at for over sixty years,” Wendt says.

I acknowledge my own current involvement: I accepted Rodeghier and Wendt’s invitation to join their Board of Directors, along with Philippe Ailleris, Project Controller at the Space Research and Technology Centre of the European Space Agency.

The organization has one goal and one goal only: to design, build and deploy a global network of automated surveillance stations that will monitor the skies full time looking for UFOs. […]