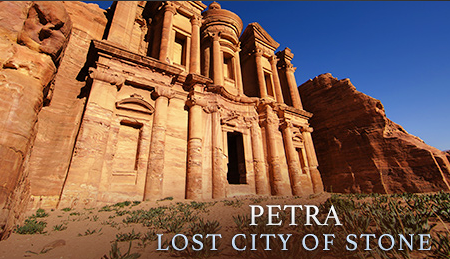 More than 2,000 years ago, the thriving city of Petra rose up in the bone-dry desert of what is now Jordan. An oasis of culture and abundance, the city was built by wealthy merchants whose camel caravans transported incense and spices from the Arabian Gulf. They carved spectacular temple-tombs into its soaring cliffs, raised a monumental Great Temple at its heart, and devised an ingenious system that channeled water to vineyards, bathhouses, fountains, and pools. But following a catastrophic earthquake and a slump in its desert trade routes, Petra’s unique culture faded and was lost to most of the world for nearly a thousand years. […]

Proof of Aliens or Ancient Civilization?