A true color image of the area shows remarkable details of the decomposed body. Clearly recognizable, head, full face, neck and skeleton. Also recognizable are the most parts of the arms (without hands) and legs which are already decomposed to bones, all wrapped in clothing remnants. 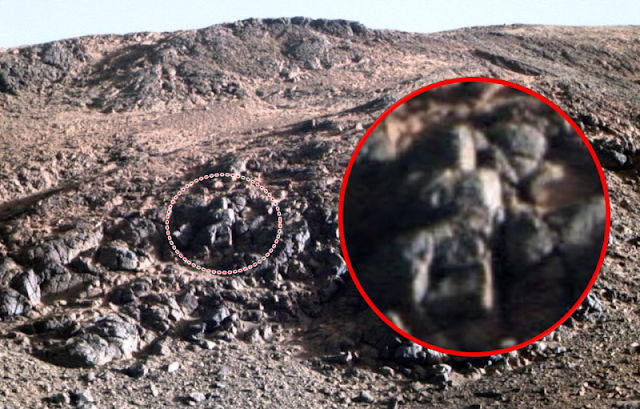 When the person has died and under what circumstances is unknown, but it’s certainly some time ago if we assume that on Mars the body would deteriorate slowly, being decomposed by the bacteria within the body and there would be a slowing of the deterioration as the body dehydrated. Besides, there is a seasonal aspect to the degradation process. 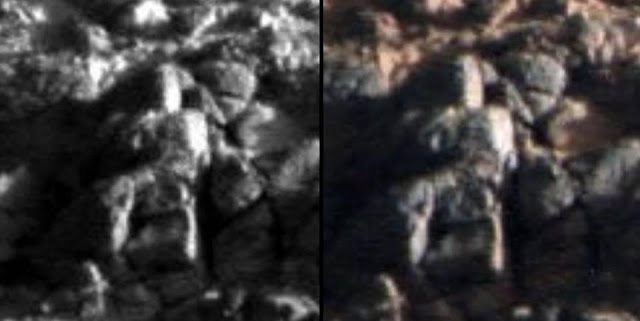 The NASA image of a deceased human is proof that there are humans on Mars whether there have been humans on Mars in the past and if so it confirms also the claim from a former NASA employee that there was a secret manned mission to the red planet as well as she saw, while working as part of a ‘downstairs’ team downloading telemetry from a Mars Lander, via the live feed two men in space suits – not the bulky suits they normally used walking on the Martian surface.

NASA realizes what kind of consequences the discovery of a deceased human on Mars might have for their organization?

By the author of UFO Sightings Hotspot.