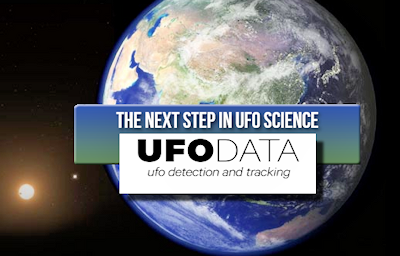 There was an interesting announcement this weekend (October 30, 2015) about a new project called UFO Detection and TrAcking, aka UFODATA. The project’s team says it wants to make the study of UFO phenomena “a systematic, rigorous science” and to design, build and deploy a global network of automated surveillance stations that will monitor the skies for UFOs full-time.

Although it’s organized as a separate, all-volunteer, nonprofit organization, UFODATA appears to be an offshoot of the Center for UFO Studies. That center was founded in the 1970s by J. Allen Hynek, the professional astronomer who coined the phrase close encounters. Hynek had earlier been drafted to serve as a consultant to a U.S. Air Force study, begun in 1952, to investigate unidentified flying objects. This was the famous Project Blue Book. Hynek’s bio at the Center for UFO studies says he was at first skeptical about the UFO phenomenon, but later, it seems, he became profoundly curious. When he established the Center for UFO Studies in 1973, Hynek wanted to bring together scientists and other highly-trained technical experts, who would work to solve what he saw as the UFO enigma.

Now, 42 years later, UFODATA wants to do exactly the same thing, with the help of a big new idea. […]