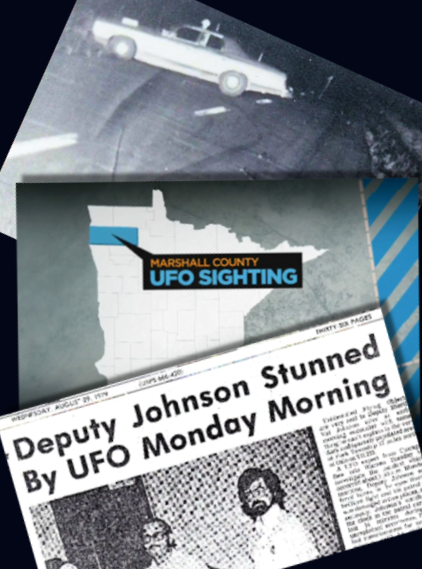 […] A Minnesota UFO sighting from the ‘70s is considered more credible than most, in part because of who called it in.

Marshall County sheriff’s deputy Val Johnson was on patrol in the early morning hours of Aug. 27, 1979, when he spotted something strange along a rural highway.

“What (Deputy Johnson) saw was a bright object, maybe like a foot in diameter, about three and a half feet off the ground,” Broten said. “As he explained it in the news reports, what was there all of a sudden was here, so the light just shot at him, engulfed his car in light and blinded him.” […]

The Night a Deputy Sheriff Hit a UFO