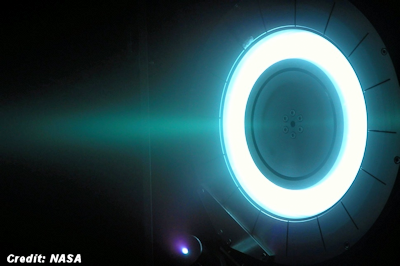 Engineer Roger Shawyer’s controversial EmDrive thruster jets back into relevancy this week, as a team of researchers at NASA’s Eagleworks Laboratories recently completed yet another round of testing on the seemingly impossible tech. Though no official peer-reviewed lab paper has been published yet, and NASA institutes strict press release restrictions on the Eagleworks lab these days, engineer Paul March took to the NASA Spaceflight forum to explain the group’s findings. In essence, by utilizing an improved experimental procedure, the team managed to mitigate some of the errors from prior tests — yet still found signals of unexplained thrust.

Isaac Newton should be sweating.

Flying in the face of traditional laws of physics, the EmDrive makes use of a magnetron and microwaves to create a propellant-less propulsion system. By pushing microwaves into a closed, truncated cone and back towards the small end of said cone, the drive creates the momentum and force necessary to propel a craft forward. Because the system is a reaction-less drive, it goes against humankind’s fundamental comprehension of physics, hence its controversial nature. […]