The latest image from NASA’s SOHO satellite captured on November 2, 2015 shows a weird and mind-blowing cube-shaped UFO what looks like a blinking star. 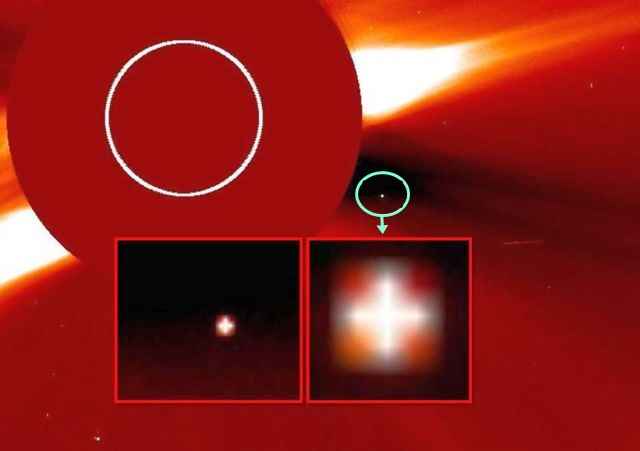 Streetcap 1 said: “It is the first time I have seen anything like this on SOHO. If it’s a pixelated star then it’s very beautiful.”

Actually, we do not know what this is – is it a craft, an entity from another dimension, or a probe sent to the sun by a higher intelligence in another galaxy or is this “pixelated star” an omen, a prophetic sign that precedes an event.

People in the ancient times believed that omens lie with a divine message from their gods to foretell the future, often signifying the advent of change.