A Wyoming witness at Riverton reported seeing a bright blue flash followed by a blue-colored, rectangular-shaped UFO near the ground level on his property that eventually rose up and shot off into the distance, according to testimony in Case 71241 from the Mutual UFO Network (MUFON) witness reporting database. 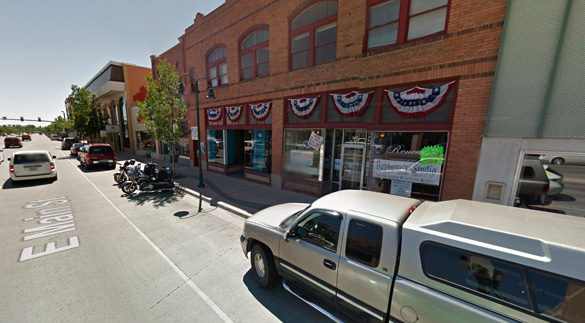 The witness telephoned the report directly to MUFON Headquarters. The witness lives on a 32-acre parcel with no close neighbors. The witness was outside looking for satellites at the time of the encounter on April 15, 2015. 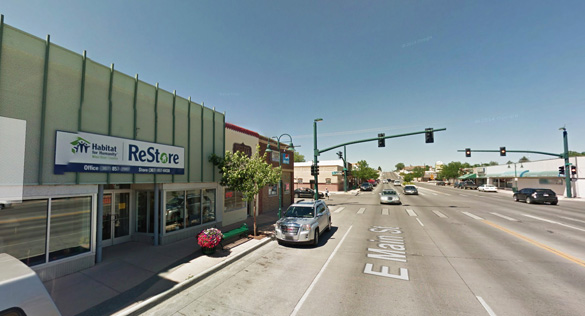 The witness watched the silent object move slowly over his shed and quickly rise up and disappear back into the sky. Pictured: Riverton, WY. (Credit: Google)

“The witness watched the rectangle as it moved north over his tool shed and then started rising up and shot up in the sky and disappeared.”

The witness reflected back on the experience.

“The witness was not scared, but more amazed at what he saw. He feels like ‘they’ were almost playing with him. The witness thinks the craft may have been bigger than the bright rectangle he saw. He seemed blinded by the brightness of the rectangle, like an open window in the dark – so he couldn’t see the features or shape of the craft.”

The witness explored the area the following day.

“The next day, the witness checked for tracks or any disturbance on his property and found none. No animals were harmed or injured. The witness has traveled all over the world and has never seen anything like this before.” 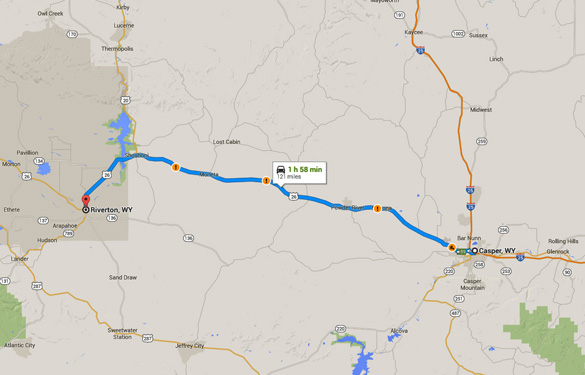 Riverton is a city in Fremont County, WY, population 10,615.