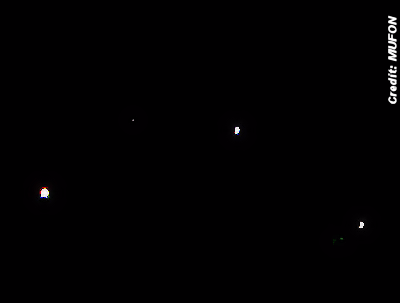 A California witness at Castro Valley submitted video of multiple UFOs believed to be “communicating with light beams or firing at one another” while a larger craft was nearby, according to testimony in Case 61928 from the Mutual UFO Network (MUFON) witness reporting database.

The witness included three video clips taken on November 23 and 28, 2014, in a report that was submitted on December 11, 2014. Of the three clips, the second clip was the clearest and is included with this report.