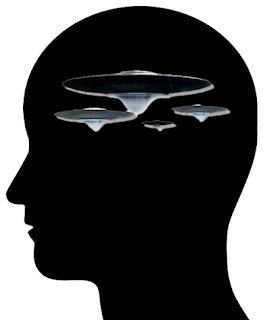 In recent years astronomers have discovered an ever-increasing number of earth-like planets, fuelling speculation that we may not be alone in the universe. Many members of the public are already convinced that not only is there intelligent life elsewhere in the universe, but also that aliens visit our planet regularly. Indeed, many claim to have had personal experiences that prove that this is so. Are there plausible alternative explanations for such claims?

It is a pretty safe bet that virtually every reader of this article has heard of, and possibly even seen, Steven Spielberg’s 1977 blockbuster UFO movie Close Encounters of the Third Kind. However, I suspect that most readers are not entirely sure what the film’s title really means. In fact, it refers to J. Allen Hynek’s classificatory system for alleged alien contact of various kinds. Hynek was an American astronomer who acted as a scientific adviser to the US Air Force on a number of high-profile projects investigating UFOs beginning back in the 1940s. He began as a sceptic and debunker – but ended up as a strong defender of both the so-called ‘extraterrestrial (ET) hypothesis’ and the even more controversial ‘extradimensional (ED) hypothesis’ as possible explanations for such reports. Specifically, close encounters of the third kind (CE3s) refers to alleged encounters that involve actual human–alien interaction.

Opinion polls routinely show that many members of the general public also believe in the ET hypothesis. To give but one typical example, a 2013 HuffPost/YouGov poll of 1000 US adults (tinyurl.com/moa2ez6) found that half believed there is life on other planets, 38 per cent believed there is intelligent life on other planets, and a quarter believed that aliens have visited the earth. It is important to note in this context that right back to Carl Sagan, many scientists involved in the SETI (Search for Extraterrestrial Intelligence) Project have fully accepted the possibility of intelligent life elsewhere in the universe but are far from convinced that alien visitation of our home planet has ever happened. Even if our own galaxy is teeming with life, it may well be the case that the vast interstellar distances between inhabited planets is such that any direct human–alien contact is simply not possible.

If indeed the earth has never been visited by ET, how are we to explain the numerous reports of UFO sightings and even alien contact and abduction that have taken place in the last 60 years or so, and arguably even before that? I will argue that psychology provides plausible counter-explanations for close encounters of all kinds. […]