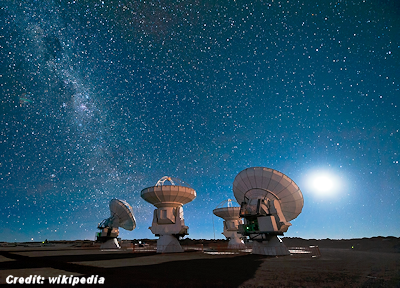 The star KIC 8462852 may have an unpronounceable name, but just about everyone with an interest in aliens has been talking about it. As of today, they can elaborate their discourse with some new results.

The conversations started about three weeks ago, when a paper written by a small battalion of astronomers pointed out that this star – an imposing 1400 light-years from where you’re sitting – occasionally dips its headlights. Every few weeks or months, it will blink, temporarily dimming to as little as 80 percent of its normal brightness. There is no indication (and little likelihood) that this bizarre behavior is caused by planets orbiting the star. Even Jupiter-size worlds would only block about one percent of the star’s light.

So what is going on? The astronomers who discovered this strange behavior considered several possible explanations for the dimming. Their favorite was the presence of cometary debris in orbit around the star – an idea they liked, but didn’t love.

However others – and especially the press – were jumping on another, sexier bandwagon. The occasional dimming of KIC 8462852 might be due to “megastructures” – giant astroengineering projects that aliens had undertaken in their solar system. These could be space habitats or phalanxes of orbiting solar energy collectors (so-called Dyson swarms, named after the physicist who popularized the idea). They might even be giant, opaque “cut outs” whose blockage of starlight would be a beacon to other worlds, indicating that KIC 8462852 was an oasis of intelligence in the galactic desert.

All nice ideas. Exciting ideas. But how would you prove any of them? […]

Dr. Michio Kaku: Why Aliens May Exist, But Aren’t Landing on the White House Lawn