It is not the first time an unknown artificial space object has fallen out of the sky. This time a mysterious black Orb has been found in the middle of a Spanish field, after apparently falling from space. 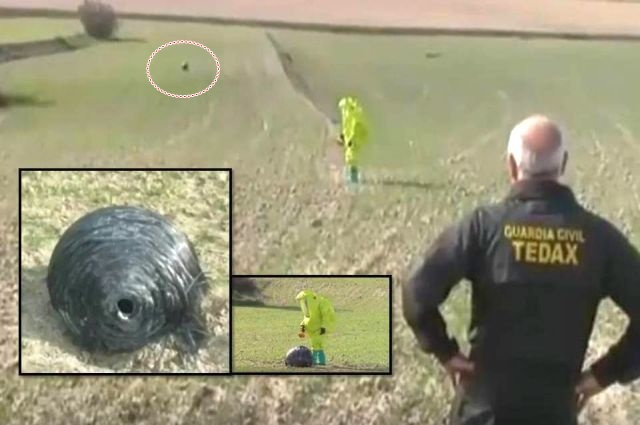 After goat farmers spotted the orb on November 4, 2015, investigators from the Civil Guard immediately rushed to Calasparra, Murcia, and put the area under quarantine.

Independent researchers suggested the object may be a pressurized gas container which has fallen to Earth from space, according to El Pais.

Locals agreed, suggesting the mystery ball “had to have fallen from heaven”.

The Civil Guard also said it may have come from a rocket or satellite. “These objects are made of a material as strong survive almost intact reentry into the earth and even catastrophic explosions.”

Independent researchers have now attempted to provide an explanation for the mysterious black object.

You might wonder what is going on in outer space.