One of the largest UFOs ever seen has been observed by the crew and passengers of an airliner over the Channel Islands, UK. on April 23, 2007 – the Alderney UFO case. 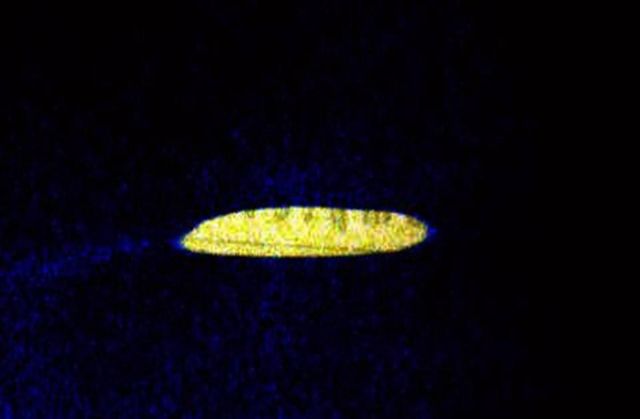 Aurigny Airlines captain Ray Bowyer, 50, flying close to Alderney first spotted the object, described as “a cigar-shaped brilliant white light”. As the plane got closer the captain viewed it through binoculars and said: “It was a very sharp, thin yellow object with a green area.

“It was 2,000ft up and stationary. I thought it was about 10 miles away, although I later realised it was approximately 40 miles from us. At first, I thought it was the size of a Boeing 737.

“But it must have been much bigger because of how far away it was. It could have been as much as a mile wide.”

Continuing his approach to Guernsey, Bowyer then spied a “second identical object further to the west”.

He said: “It was exactly the same but looked smaller because it was further away. It was closer to Guernsey. I can’t explain it. This was clearly visual for about nine minutes.

“I’m certainly not saying that it was something of another world. All I’m saying is that I have never seen anything like it before in all my years of flying.”

The sightings were confirmed by passengers Kate and John Russell. John, 74, said: “I saw an orange light. It was like an elongated oval.”

The sightings were also confirmed by an unnamed pilot with the Blue Islands airline.

“Certain parts of the report have not been published. I cannot say why,” said a senior CAA source.