Saturday evening, November 7, 2015 many people reported seeing a mysterious bright light in the skies over California and Nevada. 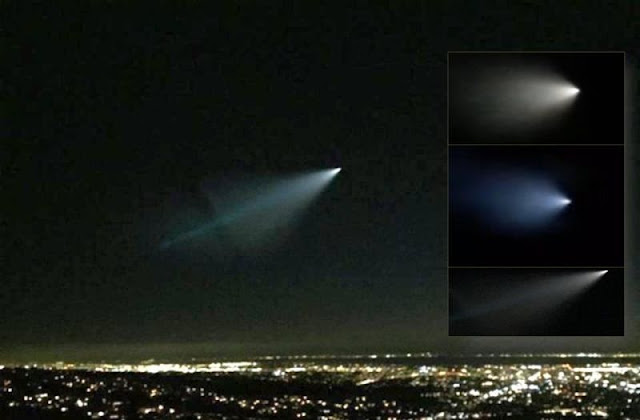 The unidentified flying object left a blue and white trace behind and it made no noise.

According to some reports the light is the result from a rocket test at Edward Air force Base, while the Navy said the bright light in the sky was an unarmed missile fired at sea from the USS Kentucky. Also the US Coast Guard said that it was a missile test out of Point Mugu.

Despite the confirmations of the Navy and the US Coast Guard that the bright light was an unarmed missile test, many people think otherwise.

Some people were able to capture the strange light on camera.
Here are four videos of the object from which the first video is the best video. The good stuff starts at about 1.20 mark in the first video.