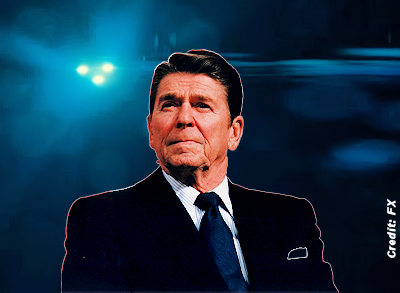 If you’ve been following Season Two of Fargo on FX, you’re probably aware of two overarching themes that seem bigger than the snowy towns of Luverne, Minnesota and Sioux Falls, South Dakota: aliens and Ronald Reagan. What you may not have realized, however, is that the two were related long before Noah Hawley adapted the Coen Brothers’ film of the same name to the small screen.

Before we delve into a Reagan-era mystery that has remained under the radar for the last 35 years, it might be worth noting Hawley’s accidental timeliness regarding discussion of extraterrestrial life. It’s as if the showrunner had an inkling UFOs would come zooming back into the zeitgeist upon his series’ Season Two return. Since Fargo‘s October 12, UFO-filled premiere, researchers have discovered a mysterious star emitting a bizarre light pattern — potentially caused by an alien structure — between constellations Cygnus and Lyra […]

The Real-Life UFO Story Behind This Season Of ‘Fargo’