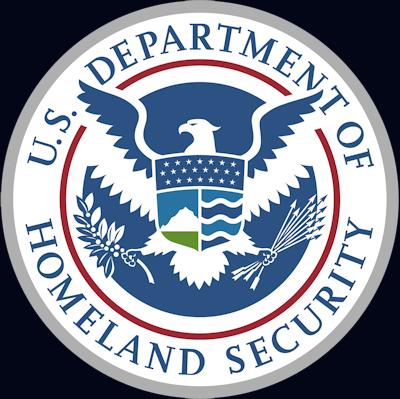 A computer with a Department of Homeland Security (DHS) IP address recently visited ‘The UFO Trail’ blog. The user viewed the post, ‘Dead Men Do Tell Tales: The Strange Case of Jeffrey Alan Lash’, and exited by following links to related stories on other UFO websites.

The bizarre Lash case drew attention around ufology earlier this year when the corpse of Lash, incredibly described by his reported fiancee and an associate as an ET-human hybrid who worked with the CIA, was discovered by police in a vehicle in Pacific Palisades, Cal. The resulting law enforcement investigation turned up some 1200 guns and nearly a quarter of a million dollars in cash located in a condo associated with the recently deceased man and his fiancee. Police promptly reported that foul play was not suspected in the death, but further details of the odd circumstances have not yet been released by authorities.

The case arguably received much more intensive investigation in UFO circles than from the mainstream media. The latter tended to offer rather vanilla coverage, often limiting their investigations to quoting one another, while various UFO websites and online discussion forums explored the players and circumstances at length. Comments on this blog, for instance, reflected research conducted which included the possibility multiple identities were used by some of the individuals involved in the story, and a Los Angeles Assistant District Attorney owned a condo in the same neighborhood as the one used to store weapons and cash, among other items of potential interest.

It is not entirely unusual for ‘The UFO Trail’ to receive traffic from IP addresses of government offices. In at least some of those circumstances, if not the vast majority, it would be reasonable to suspect the visitors were simply surfing the web for their own personal interests, possibly entertaining themselves during breaks, as compared to conducting work in official capacities.

In other circumstances, it might not be an unreasonable stretch to suspect an intelligence analyst might check a few posts around the UFO community for items of interest to include in a file they may have been assigned to create. In the case of Lash, for instance, one could particularly save them self a substantial amount of work by reading what some UFO websites have compiled, rather than starting from scratch.

Such circumstances offer us opportunities to consider how intelligence agencies have every reason, and arguably responsibility, to delve into such chains of events as represented in the Lash saga. Regardless of what reasons may have existed for the rise of stories about aliens and secret agents, the case clearly contains suspicious dynamics involving inordinate amounts of cash and weapons that, at best, indicate exploitation and manipulation to some extents. It is not unreasonable at all for such circumstances to be investigated by any number of law enforcement agencies, certainly including DHS.

To the best of my knowledge, the case has not yet been publicly confirmed to have become a matter of interest for DHS or CIA, seeming to remain relatively local in scope. Perhaps FOIA requests on such matters, including DHS computer activities the morning of Nov. 1, would eventually prove useful, but it is extremely unlikely they would bear relevant responses as of yet.

The DHS visit offers us an opportunity to consider how the paths tend to dissect of intelligence agencies and UFO-related stories. Whatever the many reasons prove to be from one instance to the next, the fact remains that the UFO and intelligence communities remain closely related.

We are often at a disadvantage to understand exactly why we might find intelligence agencies involved in bizarre stories, and why they might be identified as visiting UFO-related websites. It is important to refrain from jumping to premature conclusions, as UFO researchers have an unflattering history of interpreting the presence of intelligence personnel as confirmation of preferred theories. The fact of the matter is that we often simply do not know what such circumstances indicate.

Look for this writer’s soon to be published book, ‘The Greys Have Been Framed: Exploitation in the UFO Community’, for more information on the intermingling of intelligence agencies and ufology. Connect with Jack Brewer through ‘The UFO Trail’ blog, @TheUFOTrail on Twitter or send an email.