Two weeks of new thermal scanning in Egypt’s Giza pyramids have identified anomalies in the 4,500 year-old burial structures, including a major one in the largest pyramid, the Antiquities Ministry announced Monday 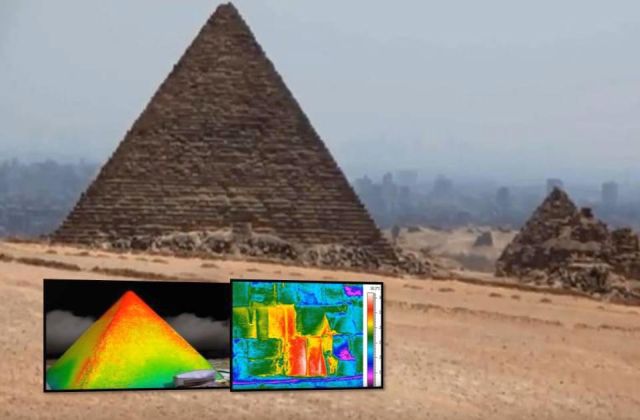 The scanning showed “a particularly impressive anomaly located on the Eastern side of the Khufu pyramid at ground level,” the ministry said in a statement.

While inspecting the area, they found something like a small passage in the ground, leading up to the pyramids ground, reaching an area that shows three particular stones with higher temperatures.

What will be behind it?