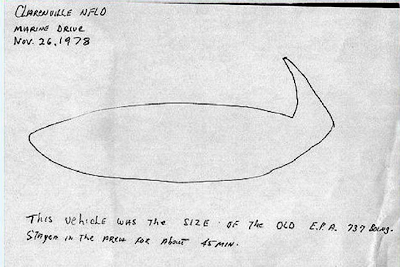 In October 1978, Royal Canadian Mounted Police (RCMP) officer Jim Blackwood responded to a call regarding a strange object off of the coast of Clarenville, a Canadian town on the east coast of Newfoundland in the province of Newfoundland and Labrador. When he got there he, along with about a dozen other witnesses, saw something he could not explain. Blackwood recently posted a TV interview from 1978 in which he describes the incident.

According to Canadian newspaper The Packet, Blackwood is now retired and living in Novia Scotia. News of the sighting received a lot of media attention, causing Blackwood to endure years of ridicule. Since leaving Clarenville, he says he rarely speaks about the incident.

However, he did recently speak to The Packet, and in May of this year he posted the UFO interview on YouTube (seen above).

Blakwood was a 25 year-old RCMP constable at the time of the incident. When he reached the location of the witnesses, he says there were about a dozen locals gathered there.