A huge fireball has been spotted in the skies over the Russian city of Chita near the border with China. An unidentified flying object, most probably a meteorite, made three extra bright flashes before burning out, according to eyewitness accounts. 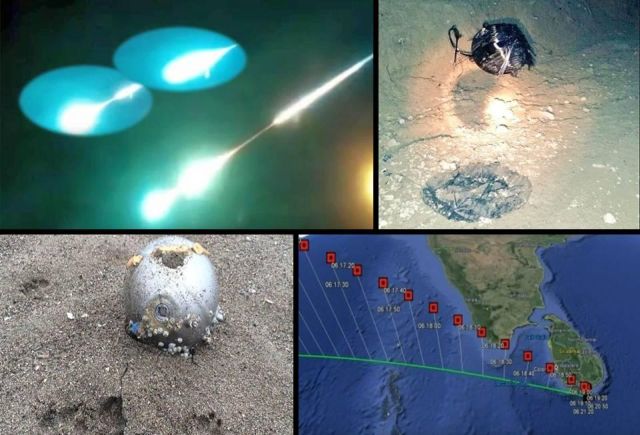 Witnesses described the incident as an unusually bright flash that illuminated the skies just after midnight on November 12. The falling object left long tail of light behind it.

“It resembled a fall of some kind of a space object,” Zvezda TV channel said, citing an unnamed witness. The phenomenon was also allegedly clearly visible from neighboring cities.

The Russian military said that no drills were conducted in the region last night reported RT.

The fireball comes several days after a second mysterious black ‘UFO’ ball has been crashed into a spanish field. 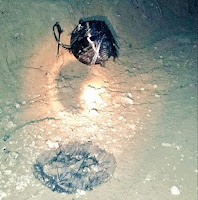 For the second time in just five days, on November 8, 2015, a mystery cylindrical object weighing about 20 kilos has fallen into fields in Calasparra, an area of Murcia with 9,700 inhabitants just a stone’s throw from the site where the first black ‘UFO’ball has been found on November 3, 2015.

Once again the Civil Gaurd was called in, the area sealed off until investogators could initiate the protocol known as “NRBC (nuclear, radiological, bacteriological and chemical)” to avoid any potential dangers.

It is worthy to mention that also on November 3, 2015 a similar mysterious ‘UFO ball” object has been crashed on the beach of Karusa, one of the Black Sea coastal town’s of Sakarya in Turkeye.

Today, Friday 13th another unidentified space object (WT1190F) is about to crash off the coast of Sri Lanka. Scri Lanka has issued a NO FLY warning and the impact is expected at 11.49 am Sri Lanka time.

Where are these objects coming from and can we expect more unidentified objects falling from the sky?

Video with Radar Images of WT1190F.