The infamous space object WT1190F entered the atmosphere south of Sri Lanka around local time 1:19 a.m. ET on November 13, 2015 during the brightest part of the day. 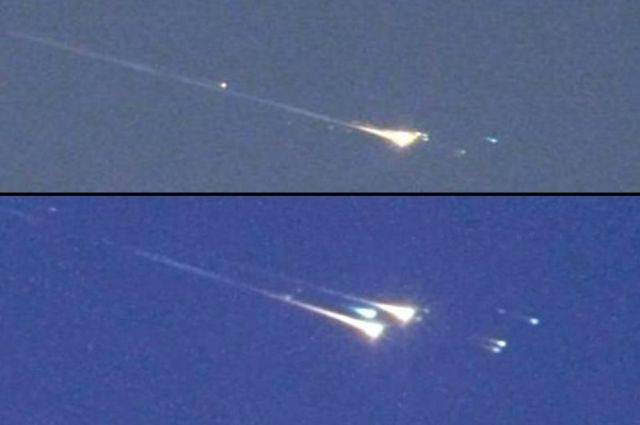 Due to cloudy skies the reentry was not visible from the ground but the object was captured by a team of veteran U.S. and German observers of spacecraft re-entries aboard a plane sponsored by The International Astronomical Center (IAC) and the United Arab Emirates Space Agency.

Before the unknown object, thought to be a discarded rocket body, burned up in the atmosphere, residents on the Southern Coast of Sri Lanka heard a loud noise like an explosion.

If you look at the object then it does not really look like a discarded rocket body but more like a solid triangular object before it suddenly falls apart into two big pieces. Was it just space junk?