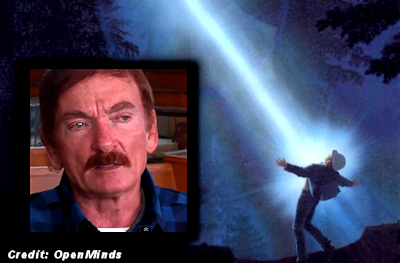 HEBER/OVERGAARD — “They forced me down on the table, but I lost consciousness, and the next thing I remember is waking up on a highway,” recalled Travis Walton on the 40th anniversary of his abduction by an unidentified flying object.

“I didn’t know how much time had gone by but later found out it was five days and six hours. I was badly injured and could feel the cold of the pavement, but my clothes were warm. I saw the disc shoot off into the sky and then saw the lights of Heber/Overgaard.”

On Nov. 5, 1975, Walton was part of a seven-man logging crew working in the Sitgreaves National Forest near Heber. As they were leaving that night, they all saw a bright light off to their right. When they got closer, they saw a bright saucer-shaped UFO hovering about 20 feet over a clearing.

Walton was the only one who got out of the truck to investigate. […]