The component images of the mosaic view below were taken by the left-eye camera of Mastcam on March 27, 2015, during the 938th Martian day of Curiosity’s work on Mars. 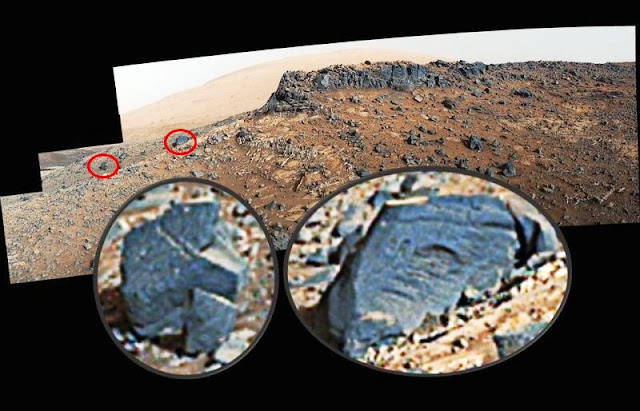 According to NASA, this view from the Mast Camera (Mastcam) on NASA’s Curiosity Mars rover shows a site with a network of prominent mineral veins below a cap rock ridge on lower Mount Sharp.

Researchers used the rover in March 2015 to examine the structure and composition of the crisscrossing veins at the “Garden City” site in the center of this scene.

Mineral veins such as these form where fluids move through fractured rocks, depositing minerals in the fractures and affecting chemistry of the surrounding rock.

In our article ‘Unnatural objects and identical rocks on Mars at Garden City Mount Sharp’, posted on April 28, 2015, we have talked about the possibility that in ancient times this area maybe was used for irrigation, mineral exploration and mining.

Now with the last mosaic image we have a complete view of the environment and after analyzing all details, besides amazing hieroglyphs carved into a rock, we found a rock with a carved what looks like a rectangular drain on top which seems to have been used as a working tool. 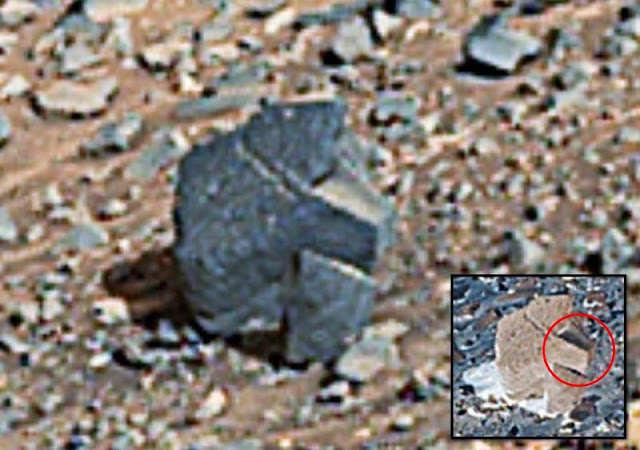 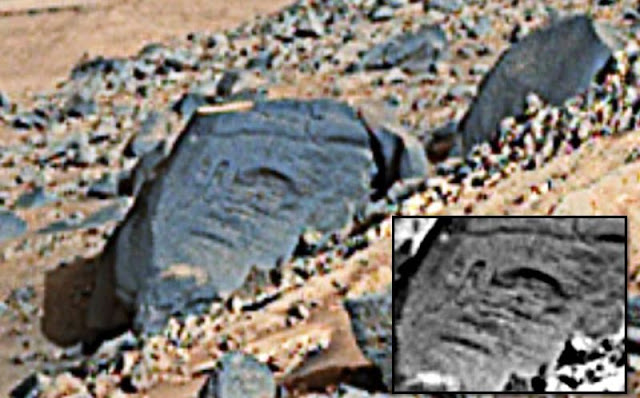 The hieroglyphs, the rock tool as well as other unnatural objects, see our article from April 28, point to previous activities in this area.