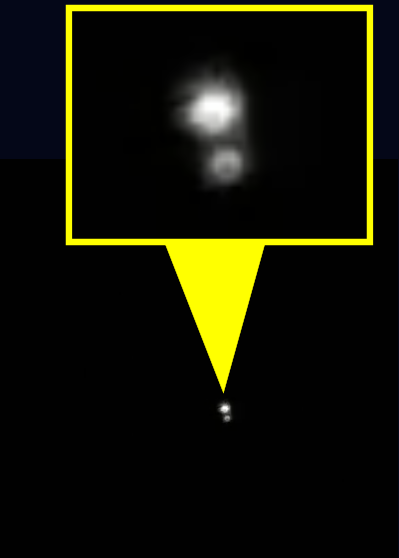 An Idaho witness at Caldwell reported watching and videotaping a series of unknown lights that remained stationary and moved around during the event, according to testimony in Case 61233 from the Mutual UFO Network (MUFON) witness reporting database.

The reporting witness and his wife were driving to a gas station on November 3, 2014, at 11:20 p.m. when the lights were first seen.

“I saw a strange light hovering,” the witness stated.“I told my wife. She was looking at it too so we went on another road to get a better view. The one light object split into two and then I started recording the one light that stayed stationary while the second light moved around it – up and down and side-to-side.”

The witness was able to record two minutes of video (seen below):