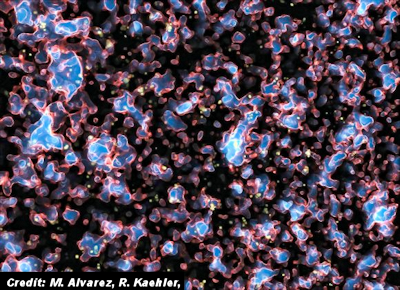 In the beginning, there was chaos.

Hot, dense, and packed with energetic particles, the early Universe was a turbulent, bustling place. It wasn’t until about 300,000 years after the Big Bang that the nascent cosmic soup had cooled enough for atoms to form and light to travel freely. This landmark event, known as recombination, gave rise to the famous cosmic microwave background (CMB), a signature glow that pervades the entire sky.

Now, a new analysis of this glow suggests the presence of a pronounced bruise in the background — evidence that, sometime around recombination, a parallel universe may have bumped into our own. […]