A strange event occurred in the sky above Weaverville, North Carolina. On November 18, 2015 witness noticed two objects in sky from which one object quickly departed and disappeared. He was able to take a photo of the event. 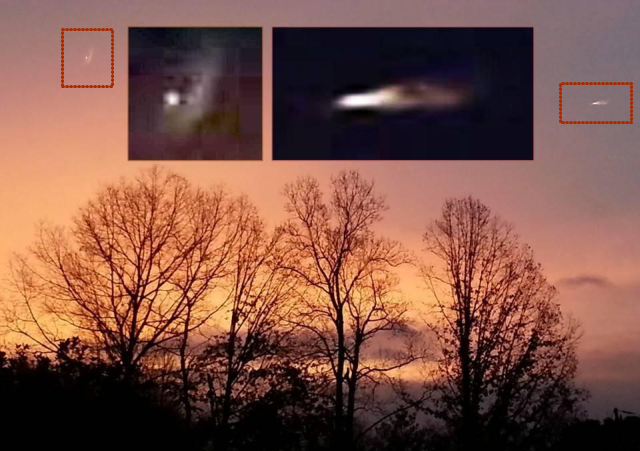 On the photo you see on the left the first object. It almost appears to be some sort of opening or portal from which the UFO has exited. Note: The portal has an amazing resemblance to a face.

The unidentified flying object of possible alien or extraterrestrial origin, top right, clearly has a solid body and the manner in which the UFO has appeared, close the first object, we may assume that it came through this portal or wormhole. 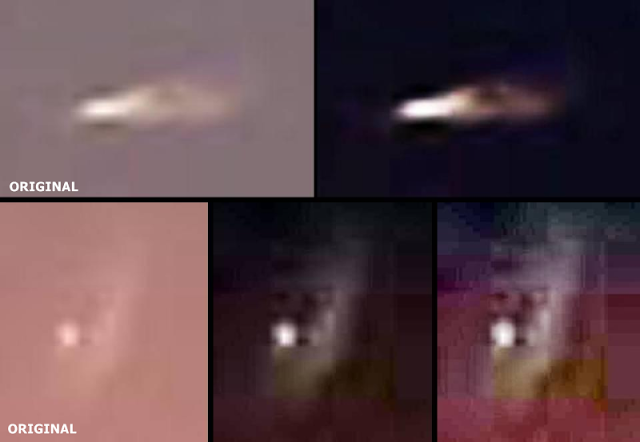 It is believed such portals/wormholes are doorways to galactic/intergalactic highways that allow UFOs for faster than light travel over the vast distances of the universe. This remarkable sighting is reported to Mufon, case 72593.