The Black Knight Satellite, it all started on May 17, 1899 when Nicola Tesla moved to Colorado Springs where he would investigate atmospheric electricity, observed lightning signals via his receivers and claimed to have intercepted unusual radio signals and concluded that these signals might actually be signals that have originated somewhere in space. 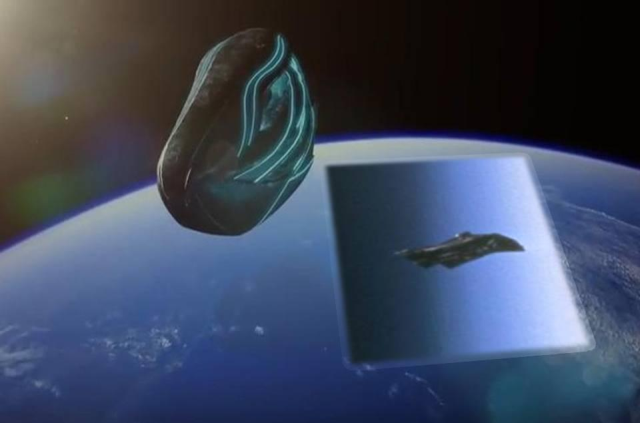 4 years before the launch of Sputnik I, in 1953, The Black Knight Satellite was spotted by Dr. Lincoln La Paz of the University of New Mexico and it was in 1954 several newspapers including the St. Louis Post Dispatch and the San Francisco Examiner started to write about the the Black Knight Satellite after UFO researcher Donald Keyhoe said that the US Air Force had reported that two satellites orbiting the Earth had been detected. At this time no man-made satellites had been launched.

In February 1960 there was a further report that the North American Air Defence System listening station had detected a radio echo coming from a dark, tumbling object in orbit and in 1973 the Scottish writer Duncan Lunan analyzed the data from Norwegian radio researchers, coming to the conclusion that they produced a star chart pointing the way to Epsilon Boötis, a double star in the constellation of Boötes. Lunan’s hypothesis was that these signals were being transmitted from a 12,600 year old object located at one of Earth’s Lagrangian points.

In 1998 during the STS-88 mission the crew photographed an object which has been widely claimed to be the Black Knight Satellite.

No doubt the film is a marketing stunt to promote their company, but you may wonder why they have used real information and facts rather than to produce an entertainment film based on a science fiction and fantasy story or it must be that they are working together with the government and it is the governments way of getting us accustomed to the idea as they prepare for UFO and Alien Disclosure?

Coming back to the STS-88 mission, below an original and unique footage recorded from space showing the alleged Black Knight Satellite.

According to NASA the object was a Trunnion Pin Thermal Cover accidentally released during an EVA on STS-88.