Now, the latest image captured by NASA’s stereo/EUV-A-304 satellite on November 17, 2015 shows an alien space craft near the sun similar to the UFO on Scott Kelly’s photo. 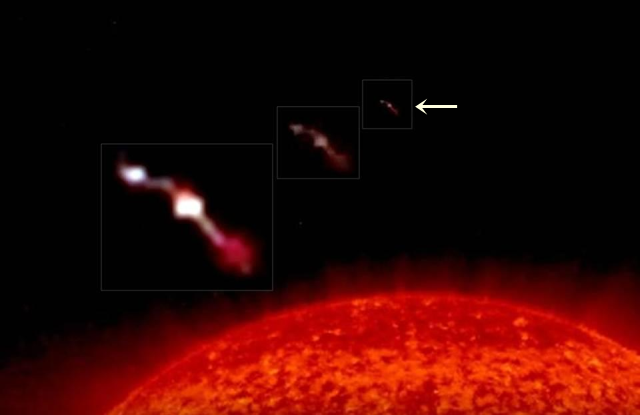 Although UFO images like the UFO on Scott Kelly’s photo or images of UFOs near the sun can seem quite intriguing, still there are people suggesting they are nothing but pixelation, light reflection, camera glitch, etc., however if you look at this object near the sun you clearly can see this space craft has almost the same construction and lights like the UFO near the ISS… coincidence?

Here is the video with detailed images of the alien craft near the sun.