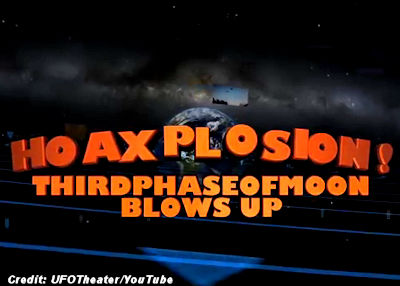 Editor’s note: In the article below, the author incorrectly writes, Constantine Guiliotis YouTube channel is “dedicated to debunking sightings of unidentified flying objects …”–this is patently false.

Constantine Guiliotis of UFOTheater.com and his corresponding YouTube channel are getting major support, both financially and by posture from Google/YouTube. The former’s goals are, in short–to expose UFO hoaxers, charlatans etc., as well as highlighting individuals & groups “providing accurate information and real insight” in regards to the UFO phenomenon.

YouTube to Pay Fees for Some Video Makers to Fight Takedowns

WASHINGTON — Since its inception, YouTube has been embroiled in long and bitter battles over copyright infringement. And over the years, the video site has increased its policing of pirated material. But too often, the company says, the demands of copyright holders to take down videos go too far.

Now, YouTube is taking the unusual step of financially supporting YouTube creators so they can fight back.

YouTube said on Thursday that it would pick up the legal costs of a handful of video creators that the company thinks are the targets of unfair takedown demands. It said the creators it chose legally use third-party content under “fair use” provisions carved out for commentary, criticism, news and parody.

Constantine Guiliotis, who goes by Dean and whose channel dedicated to debunking sightings of unidentified flying objects has just over 1,000 subscribers, is one of the video makers YouTube will defend. Mr. Guiliotis has received three takedown notices from copyright holders of videos that he has found online and posted to his YouTube channel, U.F.O. Theater. […]