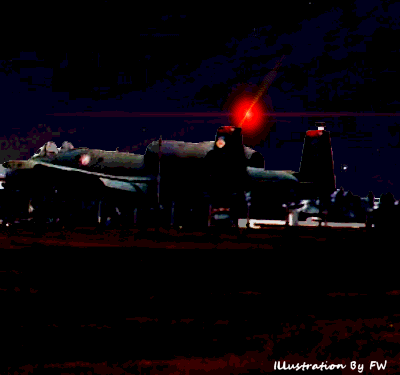 Over the past 42 years I have interviewed more than 150 military veterans regarding their involvement in nuclear weapons-related UFO incidents at various bases around the world. My book, UFOs and Nukes Extraordinary Encounters at Nuclear Weapons Sites, provides a comprehensive summary of their revelations. My website presents excerpts from it, as well as well as interviews with veterans whose experiences were only brought to my attention after the book was published in 2008. Declassified documents verifying the existence of a UFO-nuclear weapons connection are also available for inspection.

A number of those veterans describe UFO incursions at nuclear weapon depots, primarily the many U.S. Air Force Weapons Storage Areas (WSAs) including those at Malmstrom, Loring, Wurtsmith, F.E. Warren, Kirtland and Fairchild AFBs, as well as at the RAF Bentwaters base in England.

Former Air Force personnel who witnessed a UFO presence at Bentwaters, its sister base RAF Woodbridge, and nearby Rendlesham Forest, continue to come forward. In September 2015, I interviewed former Security Policeman (SP) Steven D. Wagner, who not only discovered what appeared to be landing gear impressions in the forest—perhaps even earlier than those reported by former SP Jim Penniston on December 26th—but also witnessed a two-foot diameter spherical object maneuver above several A-10 aircraft parked at the Bentwaters base. Moments later, the orb suddenly split into three smaller spheres, according to Wagner, all of which vanished in a flash of light.

Significantly, the second event occurred some six months before the now-famous Rendlesham Forest UFO incidents in December 1980, and is only the most recent report of UFO activity at the twin bases in the weeks and months prior to and following them. Wagner said,

I can’t tell you if this ever made the blotter. I think CSC (Central Security Control) and everyone else was laughing too hard to take it seriously. According to Ken Kern, who was a sergeant at the time, it occurred on 15 June 1980. [Former SP Kern kept a personal record of unusual events at the twin bases on index cards. –RH]

Typically, weekend mid-shifts were a boring affair; if you were lucky enough to be assigned post with someone you were friends with then you could pass the night enjoyably. Saturdays were tolerable due to some limited flight line activity, but Sundays were miserable. But this particular Sunday was pretty eventful. Shift started with guardmount, which is a pre-shift formation where the flight chief and flight commander gauge each SP’s fitness for duty that day, share any pertinent security updates, and to give out post assignments.

This night, Charles M. Campbell and I, both Airman 1st Class at the time, were assigned to Alpha 2 ART (Area Response Team) on the TAPA, or Tactical Alert Parking Area, at Bentwaters. Alpha 2 is a roving vehicle patrol within the Alpha alert parking area for A-10 Warthog aircraft. Airman Michael LaBrucherie was assigned Alpha 1 which is the gate post…

The specific time-frame of the occurrence I can’t pinpoint for you—it’s been 35 years! I can tell you it started sometime around 0230-0300. I stepped out of the patrol vehicle and stepped to the side of the maintenance buildings to relieve myself. There was a berm that ran behind the buildings, the entire length of them. I noticed ‘lights’ in the trees behind the berm and went to investigate. I called-in to report this; Chas got the transmission and came running. For some reason I can’t explain the SRT (Security Response Team) took forever to get there and, by the time they did, it was over.

A large orb, reddish-orange in color, and roughly the size of a large beach ball, rose from the sparse trees behind the berm and moved into the Alpha Area, at which time I almost freaked out. LaBrucherie was now able to see it and babbled over the radio about the area being penetrated. The orb hovered briefly over each of the A10s. The damn thing was within arm’s reach of the aircraft. When Chas and I finally got somewhat close to it, it moved outside the fence line with unbelievable speed, rose to about 30 or 40 feet off the ground, split into three separate orbs and, with a blinding flash, disappeared. All that could be seen, from the top of the berm, were two very startled deer.

The SRT finally got there, and of course Chas, Mike, and I all looked like fools. Because I was deemed the one who initiated this, I caught hell. After we were relieved at the end of shift I cornered MSGT Ron Faile to plead my case. I was concerned about a [Personnel Reliability Program] review and decertification. But the Rendlesham Forest Incident (RFI) fixed that. I use the acronym to refer to the entire week of UFO activity. When others started reporting strange things, I was off the hook.

My involvement in the RFI was limited in scope. But I believe I was the first to report activity on RAF Woodbridge that week. I would like to say that this occurred on Tuesday, December 23rd, but I’m not positive. Senior Airman Robert ‘Bobby Bo’ Beauchamp and I were assigned as the SRT for Woodbridge that night. The gate guard—his name escapes me but he was from Arkansas and we nicknamed him Elmer because he resembled Elmer Fudd—was posted to the last parking area nearest East Gate. I do not recall who the ART was that night.

Elmer called us to his post saying he saw something come down in the forest outside East Gate. The approximate position would have been roughly ENE of the gate post, maybe. I believe it was TSGT James Middlebrooks who was in charge of Woodbridge SPs that night. He, Bob Beauchamp and I ventured outside East Gate to do a cursory investigation regarding ‘flashing lights’ in the forest. We reported seeing nothing of note and returned to post.

We did, however, come across a curious thing. In a clearing that was roughly 30 feet in diameter there were a slew of tree branches scattered on the ground which appeared to have been sheared clean-off the surrounding trees and in the center of all this were three depressions that were spaced about 12-feet apart and formed a triangle.

Now keep in mind, it wasn’t until the [1991] Unsolved Mysteries program about RFI that I realized what we’d discovered that night. I know it was the exact same spot. Jim Penniston and John Burroughs will swear that we were not on alert status during this period, but that’s not true. I was in those woods the first night of RFI as a part of a recall due to the activities that week.

At this, I responded, “You say you think the depressions in the ground that you found were the same ones that Penniston and Burroughs found later on. Could they have been another landing site? How do you know it was the ‘exact same spot’?”

Wagner replied, “It could have been another site, however based on the conversation I had with Col. Halt recently, I have some doubt about that. He described the area, mentioned landmarks that I was familiar with and placed himself in the same area with relation to East Gate that I was in on the 23rd of December. The only thing that would make me doubt this is the claim of burn marks on the trees; I do not recall the trees being scorched.”

I then asked, “Did you and the others report what you found?” Wagner replied, “I said nothing to anyone in regards to this; an irresponsible response on my part, largely due to the razzing I took after reporting my June 1980 sighting. As far as I know, TSGT Middlebrooks didn’t either. No discussion about this ever took place between us.”

I then asked, “Regarding the date, on what do you base your belief that it occurred on the 23rd? The Penniston/Burroughs UFO encounter occurred at approximately 3 a.m. on the 26th. At some point thereafter, Penniston found the three depressions and later took plaster casts of them. The widely-held assumption has always been that the landing pad marks were created that night, as the triangular craft set down on the ground. If your discovery did indeed take place on the 23rd, then there had to have been a landing in that area some three days prior to Penniston’s discovery. Of course, there is no reason why this couldn’t have happened, but I am just trying to imagine a plausible scenario and timeline that would account for everyone’s observations.”

Wagner replied, “If memory serves me the 23rd was our last mid-shift on B Flight, this would make the 26th our last day of break and would also explain our recall.” If he’s correct, then the events in Rendlesham Forest in late December 1980 began even earlier than previously thought. In the context of the reported UFO activity occurring much earlier that year, as well as those following the now well-known events, such a revelation should not be too surprising.