I was on an American Airlines flight from San Jose, Ca to Houston, TX on Oct 30, 2015 when I noticed a blinding bright light in the desert near Luning and Gabbs, NV.

I watched the object as the plane advanced. I saw a large silver disc that appeared to be in the middle of the desert.

This disc was shooting orb like lights into the air. The disc itself had multiple lights that were blinding to the eyes. 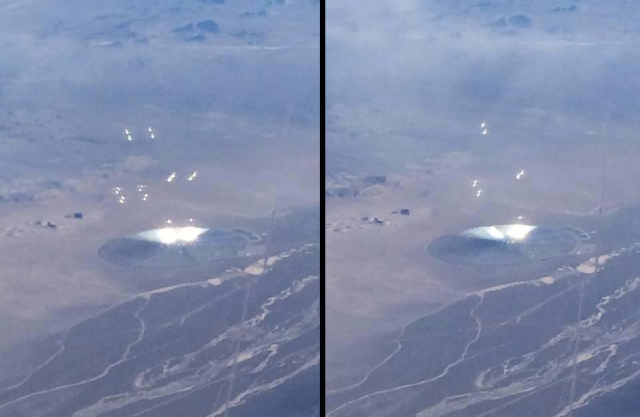 I pulled out my phone and took pictures until my phone died. I had a full battery but was only able to get 6 pictures before my phone was depleted.

The captain never said a word and the plane advanced until the object was behind the mountain range. No other passengers seem to notice the disc or comment on it. 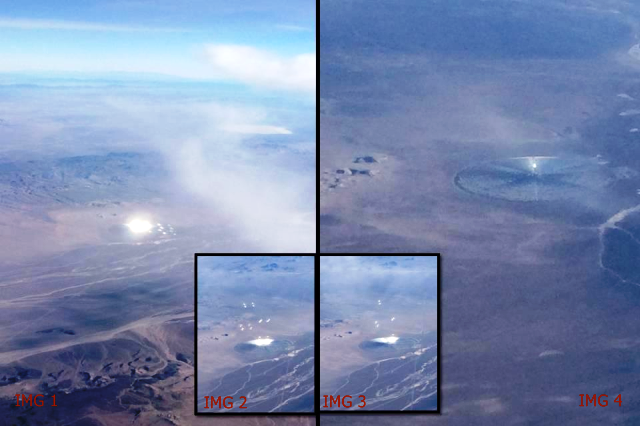 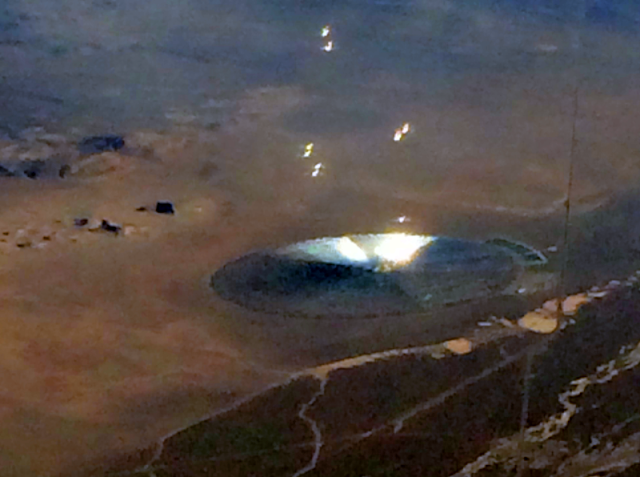 Upon my return home; I asked multiple Air Force employees if they have ever seen anything like this and all replied never.

Initially I thought it was a satellite, but now leave it up to your interpretation. What did I witness? Mufon case 72656.