An Arizona witness at Tucson reported watching a group of about 20 copper spheres moving rapidly north to south about 30 feet off of the ground that appeared to change color, according to testimony in Case 72636 from the Mutual UFO Network (MUFON) witness reporting database. 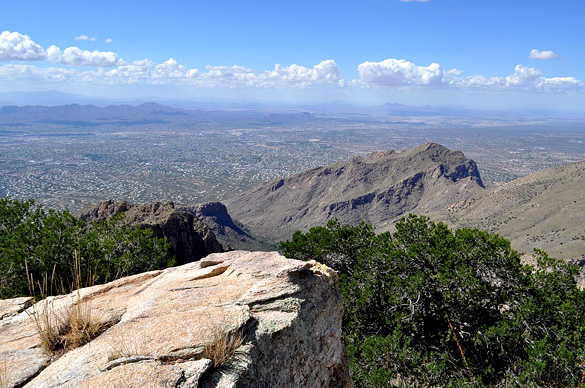 The approximately 20 objects were moving only 30 feet off of the ground. Pictured: Northwestern suburbs of Tucson from the Santa Catalina Mountains. (Credit: Wikimedia Commons)

“A group of gray to copper forms was observed at approximately 30 feet altitude,” the witness stated.“The forms were in a V formation and moved quickly, silently and unwaveringly from north to south. We observed for approximately 10 seconds.”

“Shapes changed from ovoid to spherical while maintaining V formation. The individual forms were approximately three feet across. At first the color was a dull gray and shifted to a reflective copper. There was a churning motion within the formation with individual spheres rotating from the outer part of the formation to the V.” 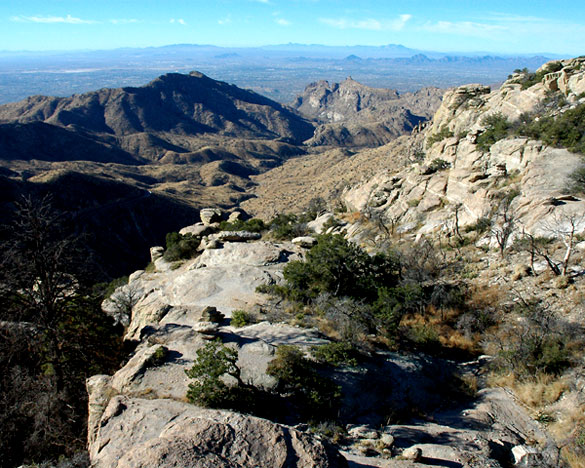 The objects appeared to be a dull gray, but shifted to a copper color. Pictured: A view of Tucson from Windy Point, at elevation 6,580 feet along the road up Mt. Lemmon. (Credit: Wikimedia Commons)

The witness has ruled out common explanations.

“These were clearly not balloons or birds. The speed was rapid and constant without sound.”

The witness has also ruled out a recent missile launch.

“Approximately the same time that evening, there was a Trident missile launch in California and people were reporting blue light sightings to the west of our city in Arizona. The location of this sighting was east of the city and we were facing east looking at the stars. There was a low level of illumination, muted. The colors changed from gray to copper and also the gray outlined the spheres, within the ovoids.” 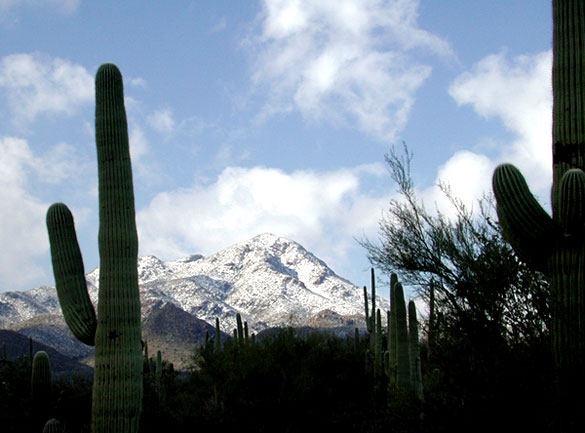 The objects appeared at the same time the Trident missile was launched, but the UFOs were seen in a different direction. Pictured: Snow on Wasson Peak near Tucson. (Credit: Wikimedia Commons)

Tuscon  is a city in and the county seat of Pima County, Arizona, population 520,116. Please remember that most UFO sightings can be explained as something natural or man-made. The above quotes were edited for clarity. Please report UFO activity to MUFON.com.