The signs in the Heavens just get stranger and more frequent. A very odd sight was seen over a large portion of the United States early this morning as Astronomers were out looking for Comet c/2014 US10 Catalina and Venus. 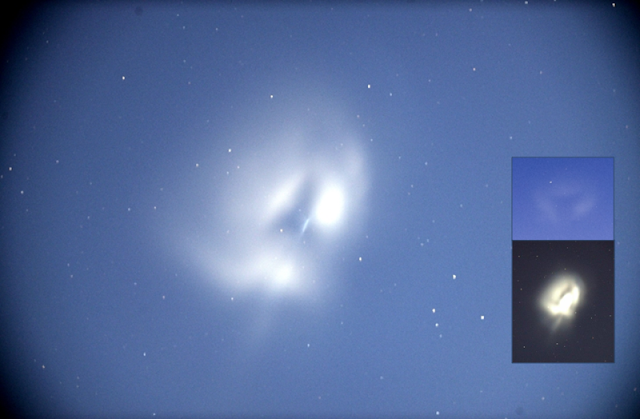 The Official story is a Japanese rocket carrying a communications satellite.

The resulting display surprised sky watchers in at least half a dozen states. “I was observing Comet Catalina before sunrise, when I noticed this thing halfway up towards Venus,” reports Glen Wurden of Los Alamos, New Mexico to Spaceweather.